INAC 2019 conference was held in Santos, Brazil, from October 21st to 25th, and invitation to participate was extended to Andra to report on the French experience in waste management and disposal operations and projects.

Andra, who is involved in the preparation of CENTENA, the future Brazilian Low and Intermediate, Short-Lived Waste (LILW-SL) disposal, was invited by the Brazilian Association of Nuclear Energy to participate in the 2019 edition of INAC, the ninth International Nuclear Atlantic Conference.

The theme of the event was “Nuclear New Horizons: Fueling our Future”, discussing the role of nuclear science and technology in all its applications for the benefit and development of society.

Andra responded favorably, and participated actively to several sessions to detail the organization of the waste management in France, to describe the waste disposal routes offered to the waste producers, present its projects for future facilities, and to report on the policy for communication and dialogue with the society, as is defined and put in practice by Andra in the preparation and operations of its disposal facilities

Brazilian presentations reported an exceptionally favorable national climate for nuclear activities and projects. Among the projects is the creation of a LILW-SL disposal facility, which is currently in the siting phase. This phase is planned to end in April 2020 with the selection of a site. The disposal concept and preliminary design will then be adapted to the actual conditions of the selected location by the CNEN (Comissão Nacional de Energia Nuclear), with the assistance of Andra. 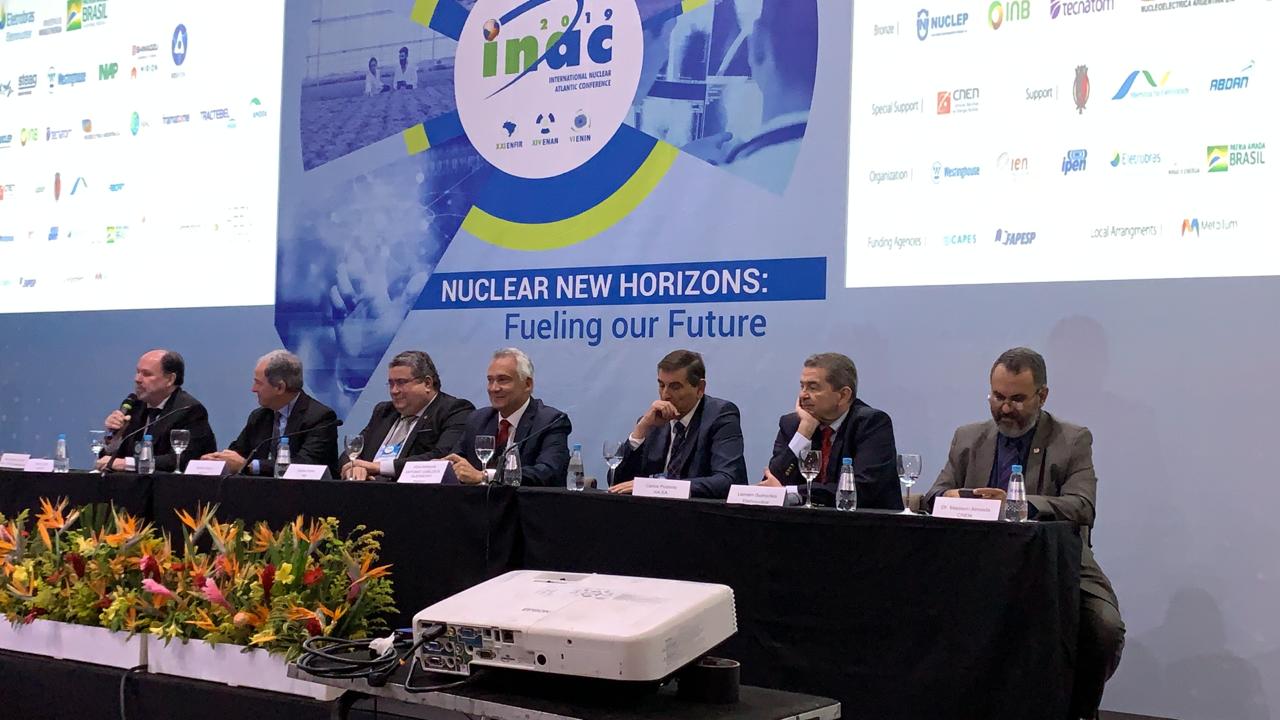