Andra, a major force in Meuse/Haute-Marne

Established for over 20 years in the Meuse and Haute-Marne departments, Andra has played a major role in local life, economic development and employment. It also contributes to making the region a major scientific and technological hub for the Cigeo project. 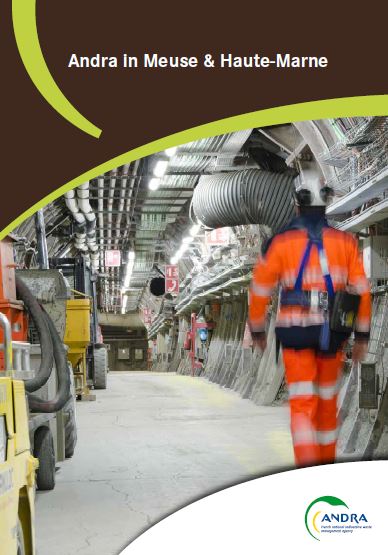 Building the project with the region

Information, dialogue and consultation with the region

Andra is committed to an active joint construction process with the region. This approach primarily involves informing and having an ongoing dialogue with the centre's neighbours, as well as a consultation to involve the region's stakeholders in the project.

Continuing the consultations it has been conducting since the public debate in 2013 and at a time when the Cigeo project is entering an increasingly concrete phase, Andra decided to launch an ambitious approach to involve civil society. To support this approach, it has set up an ethics and society committee and two guarantors appointed by the French National Public Debate Commission (CNDP).

The prime minister entrusted the Meuse prefecture (coordinator for the two departments) with the implementation of a regional development contract after the preparation of the interdepartmental land-use development plan in 2013.

The objectives of the contract are to prepare the region for Cigeo. It is structured around three themes:

Two hundred stakeholders divided into 14 working groups participated in preparing the draft regional development contract, which included 70 action sheets and was submitted to the prime minister in April 2017.

A project for the future

Cigeo represents an opportunity for local development, particularly in terms of employment: even before the start of construction of Cigeo, jobs will gradually be generated by site preparation and preliminary development. Construction will then require up to 2,000 people over five years. The workforce will stabilise at around 600 people during site operation. In addition to this direct employment, Cigeo will also generate indirect jobs (suppliers, contractors) and induced employment (linked to spending by employees working at Cigeo) over more than a century.

Andra is also involved in training young people through partnership agreements with the Universities of Lorraine and Champagne-Ardenne as well as local vocational colleges. In addition, it receives students in work-study programmes and internships and supports doctoral theses on subjects related to its activities.