In order to involve the widest possible audience in decisions concerning the Cigéo project, Andra listens to the expectations and proposals of the public. To this end, it organizes different methods of participation, including, as a key element, the citizens' conference to be held between May and July 2021 on the implementation of a pilot industrial phase of Cigéo.

In 2013, following the public debate on Cigéo, the geological disposal facility project for the most dangerous radioactive waste, Andra proposed to set up a pilot industrial phase. Objective: to test the technical, organizational and governance functionalities of Cigeo, in real conditions, during the first years of construction and operation.

Included in the Environmental Code since 2016, the pilot industrial phase would begin, according to Andra's proposal, as soon as the Cigeo project authorization decree is issued to materialize the cautious and progressive approach to the development of the repository. Andra today wanted to consult citizens on the modalities of its implementation, in particular through the organization of a citizens' conference. 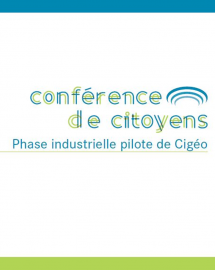 Along with other more “classic” consultation mechanisms such as public meetings or online participation modules, the citizens' conference aims to broaden the reflection and provide Andra with independent and complementary insight into audiences accustomed to consultations carried out by the various nuclear players.

"This democratic consultation mechanism is organized by a steering committee (COPIL) completely independent from Andra," explains Camille Peiffer, policy officer at Andra. A panel of 17 people representative of a diversity of the French population is drawn by lot by a specialized institute. These citizens will then be brought together during several sessions to receive pluralist and contradictory information on the project in order to reflect collectively on the progress and expectations of the pilot industrial phase. Because its stakes are not only technical, but societal, economic, ethical, and involve in particular the responsibility of our generation vis-à-vis future generations. "

For Claude Brévan, president of COPIL and former member of the National Commission for Public Debate, “the deep interest of this citizens' conference is to ensure that laymen on the subject can, at the end of the conference, write an opinion, the content of which will be made public and will be used by Andra to organize the pilot industrial phase in line with society's expectations ”.

Carried out using a proven methodology, this work with a group of citizens will also give Andra the opportunity to enrich its creation authorization application (DAC) file for the Cigeo project.

An opinion built in 3 main phases 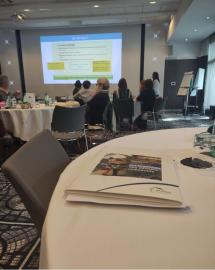 The citizens' conference will take place in three consecutive phases. The first two training sessions and the intersession times will train the group of 17 citizens on the basic concepts necessary for a good understanding of the Cigeo project (radioactive waste, the history of its management, the operation of the geological repository, etc.). "Various stakeholders, representing, for example, waste producers, associations or academics, will answer any questions they may have," says Claude Brévan. A visit to the Andra Center in Meuse / Haute-Marne will also allow the group to refine its questions by understanding more concretely the preparation of the project. "

Finally, the third organized session will be held in two stages. A public hearing session first, so that citizens can hear the experts of their choice to clarify the points they want. Then a closed session, during which they will finally write an opinion on the pilot industrial phase of Cigeo. "Andra will then present the conclusions it draws from the exercise, both for the preparation of the creation authorization request and for the continuation of its consultation procedures. The citizens' recommendations will guide the modalities of future dialogue and governance around Cigeo, ”concludes Camille Peiffer.