In 2021-2022, consultations on the pilot industrial phase and on the governance of Cigéo were organised by Andra. These initiatives have generated numerous contributions from the public and stakeholders, which will feed into the next stages of the project and help it to evolve. 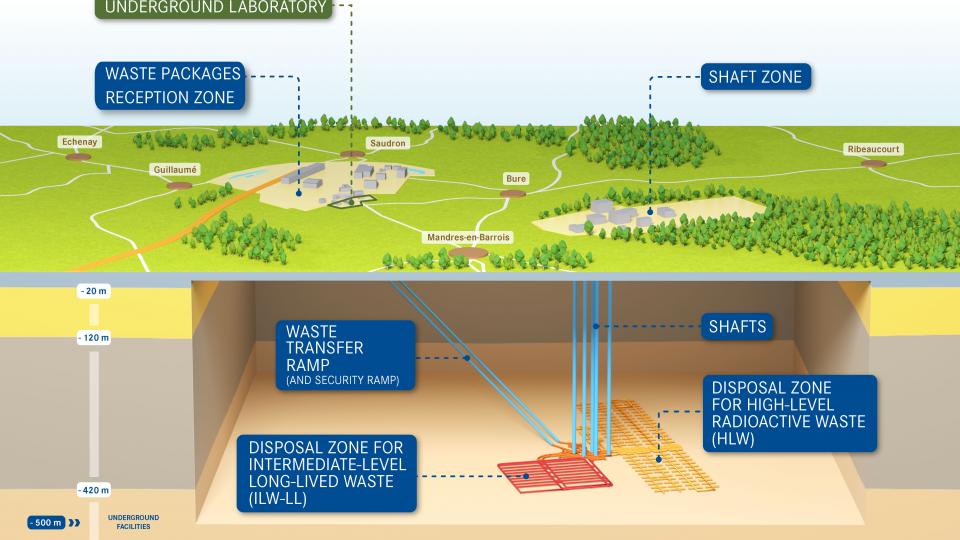 Cigéo, the deep geological disposal project for the most radioactive waste, is a long-term commitment for society. The participation of the public and stakeholders in the development of the project is therefore essential, which is why Andra has been consulting the public for years on both local and national issues. In 2021-2022, consultation on the project reached an important stage with two parallel consultation processes on the pilot industrial phase and the governance of the disposal centre.

If Cigéo is authorised, the pilot industrial phase will be the first stage in the gradual deployment of the project. It aims to confirm the technical and organisational functions of the repository in real conditions during the first years of construction and operation. It is also during this phase that the practical implementation of the project's governance will begin, i.e. the way in which decisions relating to the development and operation of Cigéo will be prepared, taken and monitored.

These two subjects have been submitted to the public and stakeholders for their opinion in order to provide input for the application for authorisation to create Cigéo, which will be submitted by the end of the year. 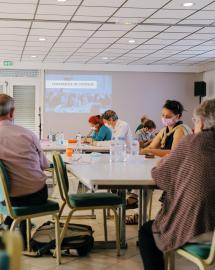 Andra has set up several participation mechanisms so that everyone can give their opinion on these subjects. A participation space has been put online so that the public can consult the documents, give their opinion on the proposals and ask questions. Online public meetings enabled Andra and the Ministry of Ecological Transition to present the framework of topics open to contribution and the proposals, but also to answer participants' questions.

The Agency also met with organisations concerned by and/or interested in Cigéo: associations, qualified individuals, trade unions, companies, etc. Finally, a citizens' conference was organised between May and July 2021. Seventeen people with a variety of backgrounds, selected by lottery, were trained for several weeks to produce an opinion on the pilot industrial phase. Objective: "To enlighten Andra and public decision-makers on how the pilot industrial phase should be conducted by Andra to ensure the confidence of citizens in a cautious and reversible start to the Cigéo project," explains Camille Peiffer, consultation officer at Andra.

The citizens took part in several sessions during which a number of experts from different backgrounds presented them with a global vision of the project and the social and ethical issues associated with it. The conference was organised by a steering committee independent of Andra, which was responsible for ensuring that it ran smoothly and that the debates were impartial.

« "The citizens' opinion is rich. It reflects the balance of sensitivities present in society. »

Rich lessons for the future of the project 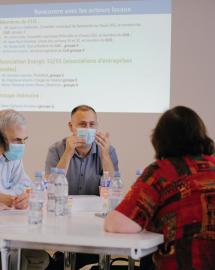 At the start of the consultation, Andra made a number of proposals on the pilot industrial phase, such as its duration (15 to 25 years), or its development in two parts. It also proposed the first fundamental elements of knowledge to be acquired and presented to Parliament so that it could base its decision on the conditions for continuing the project by 2040/2050: the safety/security of the repository, its reversibility, environmental monitoring, etc.

Discussions with the public led to the addition of other questions, such as an assessment of international disposal projects, the cost and economic prospects of the project, and the impact of Cigéo's operation on the nuclear industry's facilities. It was also recommended that priority be given to the memory of the repository, with citizens' opinions stressing that "it is essential to preserve it for as long as possible and not to forget it".

Lastly, the discussions highlighted the need for greater clarification of the issues associated with the reversibility of the repository. With this in mind, the reversibility reviews planned as part of the pilot industrial phase will be the subject of consultation on their organisation in order to better define their role, their output and their link with waste management decisions.

The participants in the consultation paid particular attention to the working conditions of employees on the Cigéo site. Andra will propose to open a dialogue, in particular with its social partners and their local representatives, on the protection provisions for employees and subcontractors applicable during the initial construction phase of the industrial facility.

Citizens also expressed other concerns that do not fall within Andra's field of competence, but which will nevertheless be relayed to the players concerned.

In the end, the consultation confirms Andra's policy of dialogue and commits it to continuing exchanges with all its stakeholders. "The information and participation of the public and stakeholders will continue during the investigation of the DAC, during the pilot industrial phase and even beyond," says Pascal Leverd.

3 QUESTIONS TO... Pascal Leverd, Deputy Director of the Cigéo project

Why is Andra consulting the public?
Pascal Leverd: This is both a regulatory obligation and a choice made by Andra, which wanted to involve the public in the Cigéo project right from the start. At each stage, discussions have taken place with the region and the public. After the 2013 public debate on the Cigéo project, Andra drew up a roadmap for consultation, accompanied by the guarantors of the National Commission for Public Debate (CNDP), which addresses concrete local issues, such as transport or energy supply, but also very strategic subjects such as the pilot industrial phase and governance.

What is the role of the CNDP in the consultation processes?
P. L.: The CNDP's guarantors accompany Andra in all the consultation processes. For example, they always urge us to provide synthetic and educational documents. The CNDP had clearly identified the public's interest in the pilot industrial phase. It must be said that this is a crucial phase: it is the time when the first concrete decisions will be taken concerning the construction and then the operation of the disposal centre. It is normal that the public, elected representatives and associations are kept informed and can participate.

What lessons have you learned from the consultation?
P. L.: The diversity of the mechanisms put in place enabled us to gather a variety of points of view on the proposals presented during the consultation. The exchanges with the stakeholders we met led to the production of numerous recommendations and new proposals for the project. As for the citizen's opinion, it is very rich and reflects the balance of sensitivities present within society. It will be particularly useful for the continuation of the project and reinforces our desire for innovative exchanges with the public.